Our Team – Pastors and Staff

“Though one may be overpowered by another, two can withstand him. And a threefold cord is not quickly broken.” 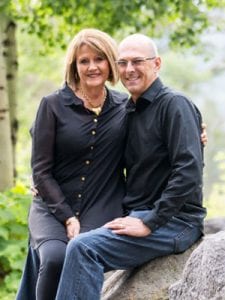 Pastor Randy has been the Lead Pastor of Trinity Life Center since May of 1995. A 1978 graduate of Vanguard University, he spent three years playing professional baseball as a member of the Philadelphia Phillies organization. For ten years he was a youth pastor in Southern California, before coming to Las Vegas as our Senior Associate Pastor in 1990. He is married to Pam, the love of his life, and together they have raised three wonderful daughters — Brandie, Ashley, and Lindsey who have given them 6 incredible grandchildren.

In 2008, Randy became the Founder and CEO of the City Impact Center, through which services have been provided for over 50,000 people in the greater Las Vegas area. The CIC is an ever-expanding extension into our community to meet the myriad of needs we find here. Currently, the CIC houses a Charter School, a pre-school, an after-school program, a night school for GED and ESL, a food bank, a medical clinic, an urban garden, low-income senior housing, a Saturday homeless feed, and an anti-Sex Trafficking initiative. We are in the planning stages of developing more senior housing, and eventually, desire to build a hospital. We also renovate houses in the neighborhood, house an IT Company, and have developed a sign company. Randy is also a part of the Board of Directors for the Fellowship of Christian Athletes (FCA) in Southern Nevada. 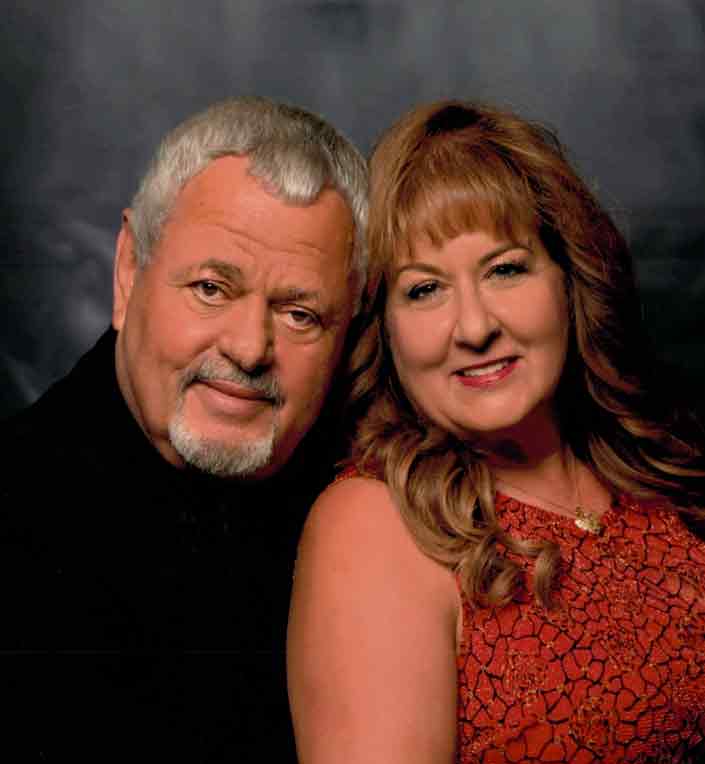 Pastor Vic grew up on the Las Vegas Strip where he was a cook, a parking attendant, and a bellman. Vic married his high school sweetheart and the love of his life, Sara, in 1974. He met Jesus at the Flamingo Hilton in 1981 and came to Trinity Life Center. Vic is a graduate of Berean Bible College and an ordained Assemblies of God minister. In 1983 he was called into full-time ministry and began to serve the church in many areas.

Presently, Pastor Vic is the Senior Associate Pastor and oversees the pastoral staff and ministry activities of TLC. He is responsible for concerts, special events, and Family Life Ministries.  Additionally, he is the Director of the City Impact Center, overseeing the day-to-day operations and playing an integral role in bringing Pastor Randy’s vision to fruition.

Pastor Vic is affectionately known as, “the church chef” and “the youth pastor for adults.” Vic is the proud father of 4 grown-up children and the proud grandfather of eight. 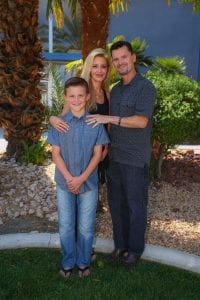 Jim has been on staff full-time at TLC since January 2004. He is utilizing his Bachelor’s Degree in Finance and brings the background of 19 years of construction and executive management to his Executive Administrator position at TLC.

Jim has a passion for seeing all people live out their God-given destiny and to daily walk in the practical supernatural power, God kindly gives all his kids! Currently, his ministry duties include small group ministries such as Loving Your Kids on Purpose, Balancing Life’s Demands, Married with Kids, and Men’s Ministry. On October 17th, 1998 Jim married the love of his life, Jamie and they have one son, Trent, born Dec. 18th 2003. 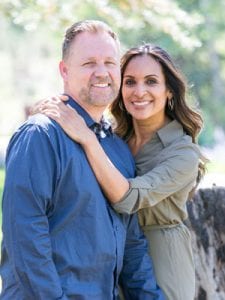 Pastor Mike serves as our Children’s Pastor and has worked with both children and youth for well over 20 years. He is an ordained minister with the Assemblies of God denomination and has received his schooling through Global University. Mike’s wife, Marjorie is an ultrasound technologist and both their children Morgan and Lucas are full-time college students. Pastor Mike oversees all children’s activities including Girls Ministries, Royal Rangers, Kids Church and is also our City Impact Center After School Program Director. 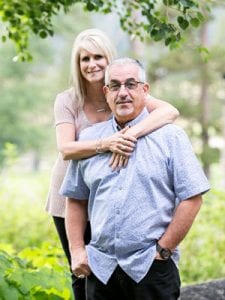 Pastor Dave Grecco serves as Trinity Life Center’s Music and Worship Director. Multi-talented, Dave is an accomplished vocalist, who plays multiple musical instruments and sings with “Highest Praise Men’s Trio” and also, traveling worldwide, sang with the “Heritage Singers”.  Dave has been married to his lovely wife Sandi 40 years; they have two daughters, Shelby and Whitney, great sons-in-law and they have blessed us with five grandchildren.

Dave’s greatest enjoyment outside of his worship music is enjoying time with his family, spending time on the golf course and riding his Harley. Pastor Dave has been with Trinity Life Center since 2013. 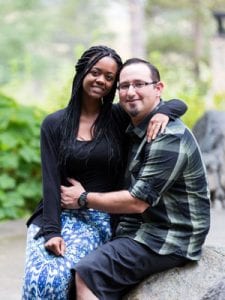 Daniel Kline is the youth pastor here at Trinity Life Center. Daniel spent a year and 4 months in a discipleship program called Centrum in Pahrump. It is there that he gave his life to the Lord and where God put on his heart to get into ministry, particularly youth ministry. After Centrum Daniel went to Youth With A Mission in Denver, Colorado and did a discipleship training school. In the 2-month long outreach phase of the school, he traveled to Uganda and Kenya and learned a ton from the African people. He returned to Denver a few months later to do a phase 2 school which is a leadership development school. When he returned to Las Vegas he got connected with Pastor Donnie, who he knew from Centrum, and started interning under him for one year. Daniel became the youth pastor of IGNITE student ministries in January 2015 fulfilling what he believes is God’s calling on his life. Daniel is originally from Philadelphia and loves the Eagles. God sure does have a sense of humor putting him under the leadership of Pastor Randy who is a Dallas Cowboys fan. 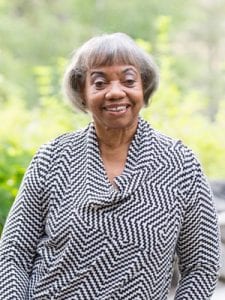 Barbara has been in active pastoral ministry at Trinity Life Center as Pastor of Prayer since 2002.  She was active in the American Baptist Association since being licensed in 1984 and ordained in 1993. She has ministered in most of the Eastern, Northeastern and Midwestern United States, many of the West Indian Islands, West Africa, South America, and Israel. She is a former interim Pastor for Plains Presbyterian Church in Plains PA and Associate Pastor for Mt. Zion Baptist Church in Wilken-Barre, PA, where she served as Director of Christian Education, Youth, Sunday School, Music Ministry for Choir, and Missionaries.  She has four daughters, Wilma, Dainty, Madeline, Helena; eight grandchildren of which Aja Johnson is the eldest, and six great-grandchildren of which Antraye Johnson is the eldest.

Pastor Barbara hosts a Gospel Radio Talk Show at KKVV (1060AM) and KKVV Live on the internet throughout the world, every Wednesday at 3:30 PM. She has completed and released her book on prayer, “100 Healing Prayers and Scriptures” which is available at bookstores and our church. 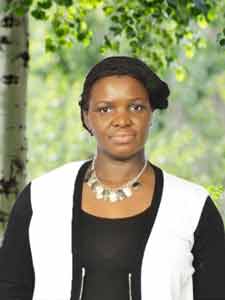 Oretta Andrews is Pastor of our Young Adult Ministry, called Relentless Ministry and Campus Evangelism. Rev. Andrews has been attending Trinity Life Center since 2003 and in 2008 she became a member. During that time she completed The Pathway Discipleship Training Course.

Sis. Andrews was born in May Pen Clarendon in Jamaica where she earned her Associate’s degree in Business Communication and Secretarial studies at Fritz-Henley’s Secretarial College. She migrated to Barbados where she became married and had her beautiful daughter, Su-Hannah Ashira, Ayah Andrews. She enrolled in Samuel Jackman Polytechnic Vocation college where she obtained her degree in Massage Therapy, and skin esthetics. She worked as Spa Manager with Soothing Touch Day Spa in Christ Church, Barbados. While working at Soothing Touch Day Spa, Rev. Andrews answered the call to ministry and enrolled in Barbados Bible College where she studied for three years and earned her Bachelor’s degree in Bible and Theology before she migrated to the United States with her daughter Su-Hannah. Rev. Andrews Became a Licensed Minister with the Assemblies of God after she completed her credential qualifications with Global University in Springfield, Missouri. She is currently pursuing her Bachelor’s degree in Bible and Theology with Global University and her Associate’s degree in Psychology with Community College of Southern Nevada. She is now on staff at Trinity Life Center in Las Vegas, Nevada. She is a firm believer in fulfilling the Mission of the Kingdom and honoring the Mission of her Senior Pastor.

“Larry Wayne” has come back to TLC after spending seventeen years playing one of the principle roles in Broadway’s, The Phantom of the Opera; having spent the last nearly seven years at the Venetian Hotel’s, Phantom production. However, before becoming a professional performer he was our Minister of Music in the 1980’s.

Larry is originally from Ventura, California and after high school earned a Bachelor of Music Education Degree from Oral Roberts University. Later, he completed his Master’s Degree in Vocal Pedagogue and Performance from Texas Christian University in Fort Worth. He eventually spent fifteen years in full-time church ministry.

While assisting our Christian Education ministry Larry continues to travel and perform in various secular venues including the last two Presidential Inaugurations in Washington D.C. and the Annual Profiles in Courage Award Ceremony at the Kennedy Library in Boston as well as many Church-related ministries. Larry holds ministerial credentials with our Fellowship, the Assemblies God. 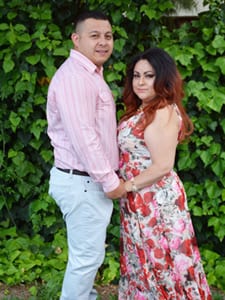 Pastor Olga Gonzalez has just joined us as associate pastor this year, after spending twelve months as an intern with the Assemblies of God Pathway Program. She is married to Luis Gonzalez. Pastor Olga teaches Sunday School and oversees the Olive Crest “Safe Families for Children” ministry and is the Charter Director of Pathway in Las Vegas. Pastor Olga also directs our newly formed Spanish Translation ministry which provides earphone simultaneous translations of Pastor Randy’s sermons while sitting in the congregation. She is a graduate of Northwest University with a Bachelor’s degree in Ministry Leadership and she brings years of experience in Church and Business Administration.

Pastor Olga and Luis have been married since 2015 and have started their venture in the small business world in residential construction. They both feel honored to be part of the Trinity family and are excited for the journey in which the Lord is leading them here at Trinity Life Center. While her role as associate pastor will expand over time she continues as an Association Governance Specialist with Wyndham Vacation Clubs. She may be contacted at olgag@trinity-life.org

Kleg joined the TLC staff in January 2005 and is serving as the director of Remember Me Ministries and SAMS (Senior Adult Ministries). He is a graduate of California Lutheran University and majored in Theatre Arts. Kleg serves on the Centrum Board of Las Vegas, a year live-in discipleship program for men. Centrum was founded by Kleg in Hollywood in 1977. Kleg was casting director on the motion picture The Cross and The Switchblade. He is involved with Media Fellowship International here in Las Vegas. His son, Nathaniel, graduated from Trinity International School. His daughter, Sarah, lives in Oregon with Kleg’s two granddaughters.